NeuroMat, the Research, Innovation and Dissemination Center for Neuromathematics, calls on its members and supporters to deploy the capacity of Wikipedia to represent neuromathematics as fully and as accurately as possible. This initiative is part of the broad commitment of NeuroMat toward scientific dissemination and open science, and it has been announced as a “call to duty” by Antonio Galves, the head of NeuroMat. 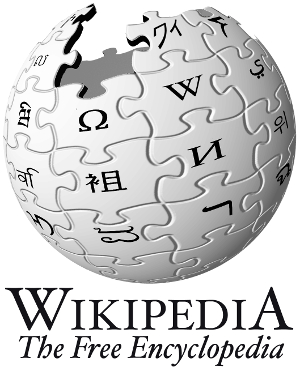 Broad goals of NeuroMat's Wikipedia initiative are: ensure that articles on neuromathematics (research, terminology, theory) are up-to-date, complete, and written in a style that is neutral and appropriate for the general public, as well as based on reliable sources; assess neuromathematics-related articles and tag them appropriately when there are problems.

All NeuroMat members and supporters are encouraged to participate by adding new entries and enhancing existing ones with more complete and accurate information with references, in the Portuguese and English versions of the electronic encyclopedia.

NeuroMat also encourages members and supporters to make updating and creating Wikipedia entries part of coursework. This becomes a means of teaching that simple ideas are hard to communicate to general audiences, that accuracy and logic are key for scientific arguments. This initiative is loosely related to an effort by Wikipedia to connect the encyclopedia and other 'wiki' tools to universities, especially in Brazil. To learn more on the Brazilian Wikipedia at the University Program, click here. NeuroMat's investigator Fabio Kon pioneered this program in 2011, when his students at the University of São Paulo created and improved entries on free software.

To get you started the NeuroMat team has listed Wikipedia tutorial materials (in Portuguese) as well as a tentative list of entries to be worked on both in the English and in the Portuguese versions of the encyclopedia. Entries marked with * are not created yet. These entries rely on the “ontology droplets” sections that occurred during NeuroMat's First Workshop, here. Feel free to send suggestions to comunicacao@numec.prp.usp.br. The list below does not include individual researchers who work within NeuroMat.

This piece is part of NeuroMat's Newsletter #6. Read more here